Are you like me?  Do you find some of the best ideas you ever had, or the most effective tasks you've ever completed are thanks to the first thought you wake up with in the morning - before you even CAN think?  I have come to the conclusion that for me, pure inspiration comes to me in that transition from sleep to wakefulness, because the rest of the day, I am so pre-occupied with my own thoughts and tasks and personal needs, I am in many cases inaccessible to the spirit.  But before I get started on that daily plunge into the "busi-ness" of my life, there is no static to interfere, and there are angels hovering close by looking for the signs that I am starting to wake up and before I can be distracted, they pounce!

That happened the other day.  And here is the thought that came to me: "Participate in the #52Stories Project."

I'd seen headlines about it, and the idea was so obvious, considering the source, FamilySearch.org - where I served as a writing missionary for a year and a half - that we should write one story each week in 2017 - I figured it must be personal history related.  I've known I needed to get on with writing my stories for some time now, but hadn't figured out the right vehicle to make it happen.  So I saw this bit of inspiration as that vehicle.

I went with that idea and what came next was to create a monthly theme for what stories to write about.  I thought them all up right then and there.  But I didn't write them down.

So this morning my first thought was "Learn about the Power of Hashtags."

Huh.  Since there was a hashtag in the #52Stories Project, I figured they were related. 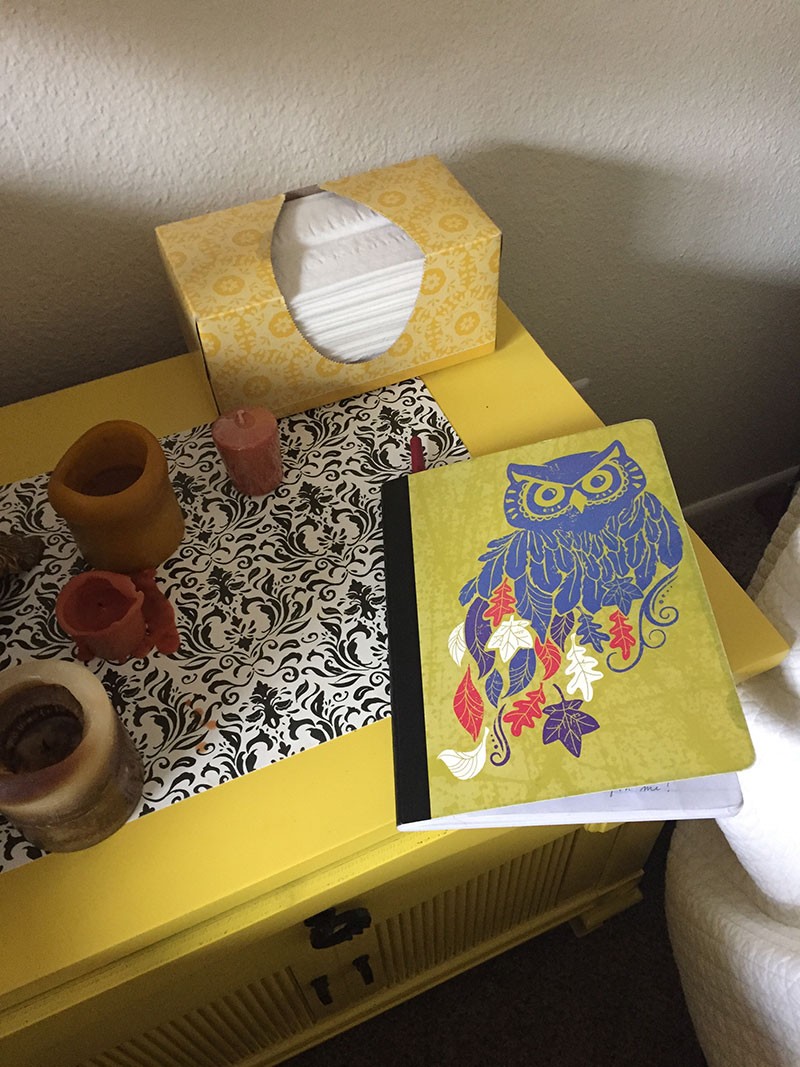 I got up and started writing in my journal notebook I keep in my bedroom. I wrote down my list of 12 monthly themes.  I wrote about my recent first real experience with Twitter, because I have been very slow to jump on that bandwagon, and only as a follower, not a tweeter!

And I finally left my room and decided to look up the #52Stories Project to see what it is REALLY about, not just what I assumed it was about.  But I was right, it was a challenge to write one short story from your life each week in 2017.

Today is January 7 - the last day of the first week of the year!  So I am jumping in right now to post my first story according to schedule- and really, all I am going to do is share my twelve monthly themes.

Here is the note I wrote about in my journal for why I decided to use themes:

"By having themes, I am more likely to follow through because with a brain like mine with SO MUCH capacity to create, unless I narrow the playing field - I shut down - I am overwhelmed & run & hide."

I always need boundaries within which to begin creating.

So here are the boundaries within which I plan on writing my weekly stories.

OK - ok - I will share a story about Beginnings.

I had just finished my freshman year of college.  I know it sounds weird, but my first semester was at BYU, and then I transferred to Ricks College - because I was very homesick, had made no new friends, didn't get along with my roommates, and my sister and boyfriend's sister were roommates at Ricks and invited me to come up and fill an opening in their apartment when someone was leaving to get married.  In my desperation for a solution to my situation at BYU, I gladly leaped into their invitation.

Now I was in a car on my way to West Yellowstone, Montana, where I was to spend my first summer away from home.  I grew up in Ohio, and summers often included a long trip to a National Park in Kentucky, Tennessee or North Carolina for camping.  Here I was on my way to the biggest National Park in America, to be part of a summer repertory theater company.

There was a two week break between the end of the semester and the start of the theater season, but it was a lot of money and time to get back and forth from Rexburg to Ohio for such a short break, so instead, the director's family offered to host me for those two weeks as they prepared for the upcoming season - and we went back and forth between Rexburg and West Yellowstone a few times to make those preparations.

As we got closer to Yellowstone, something occurred to me.  In my life I always compared new experiences to things I already had experienced - I found any similarities I could to help me understand the new experience.  I found myself trying to compare the landscape with what I had experienced before.  But this was so new and so different, I was having a hard time comparing.  I had never seen this type of tall fir forest before.  We saw antelope leaping through a big open meadow at some point - I'd never seen anything like that before. One after another, I was seeing totally new things.  I was having to create a brand new and unknown category in my brain to catalog these new things.

To follow suit with the landscape, my entire experience at the Playmill Theater in West Yellowstone Montana was so entirely new to me on every level. But the experience has defined my adult life in so many ways - it is hard even to calculate it's impact. Many people say their LDS mission was the best two years of their lives - well, I didn't go on a two year church mission.  But I have no trouble whatsoever saying that Playmill was the best four months of MY life in just so many ways.  It was definitely a true NEW BEGINNING for me.

At the cabins where we would be living, I had a real beginning assisting with cleaning them up after the previous cast had left them a mess and winter had done it's damage to them. It was hard, physical work I was WHOLLY unaccustomed to.  I figure most Mormon girls were used to this kind of thing, but I was a recent convert and had never worked so hard in my life at such a dirty job.  It was ANYTHING but glamorous!

I was still at it when all the Playmill "STARS" began arriving - I was dirty, smelly and greasy-haired with not a speck of make-up on as my soon to become friends arrived in a flurry of excitement for their summer of celebrity status.

I learned about myself as an actress that summer.  I really respected the rest of the cast and the directors, and over time, I earned their respect, and love.  It was so odd for me to be honored for my talents the way I was that summer.  I had zero expectations for that, so when it came, I was taken aback.  No one wanted me there - I was, again, filling an opening made when an auditioned and extremely talented cast member bowed out of her contract.  Everyone else had their friends in mind to fill that position and were disgruntled when I was chosen.  I think it was for the very reason that I didn't expect them to accept and respect and love me, that, eventually it was not hard for them to do so.

Actors can easily become arrogant.  I'd been a bit arrogant in high school.  But all arrogance had been wiped away before I started at Playmill.  How can you not like someone who has talent and seems oblivious to the fact?  When a talented person is arrogant, it can be repulsive - it is to me.  But I was cured of my arrogance by a host of circumstances.

I learned about love that summer.  One day as I knelt by my bed, praying, I found myself in tears as I prayed for one of my beloved friends in the cast.  I realized in that moment for the first time in my short life, I actually cared more about someone else than I did about myself.  That was really profound.

I learned about sexuality.  That sounds different than I mean, but I don't know a better way of putting it.  I had never been treated like a "GIRL" really, growing up - I was sort of confused because I chose as my role models to a high degree, my dad and my brother.  I even gloried in any similarity I could find between my brother Bill and myself.  I even wore his clothes. At Playmill - the girls were GIRLS.  That was a big adjustment for me.  I don't know if I ever mastered it!  The director took me aside a couple of times to try and coach me on being more feminine.  OUCH!

I also played the role of a vamp in one of the shows.  I was very good at it - I gave an unforgettable performance as Hedy LaRue.  That was so strange.  Feminine was one thing, but SEXY was totally different.  And I was.  This was family theater, but, I was sexy in that costume in that role.  And it freaked me out to have the boys in the cast, not to mention all the men in the audience, treat me differently when I was playing her in that costume.

So - with the theme of Beginnings, I naturally thought of my Playmill experience.  Without that theme, I wouldn't have - so I think my plan is a good one to have a monthly theme to spur thoughts of snippets for my life story.

My goal is to post my stories here each week and mention them on FB and Twitter. So if you liked this story, come back next week for #2, and then, why not join me in this challenge!?  Use my themes, or come up with your own, but if you take on this challenge, I'd love to hear how it is going for you!