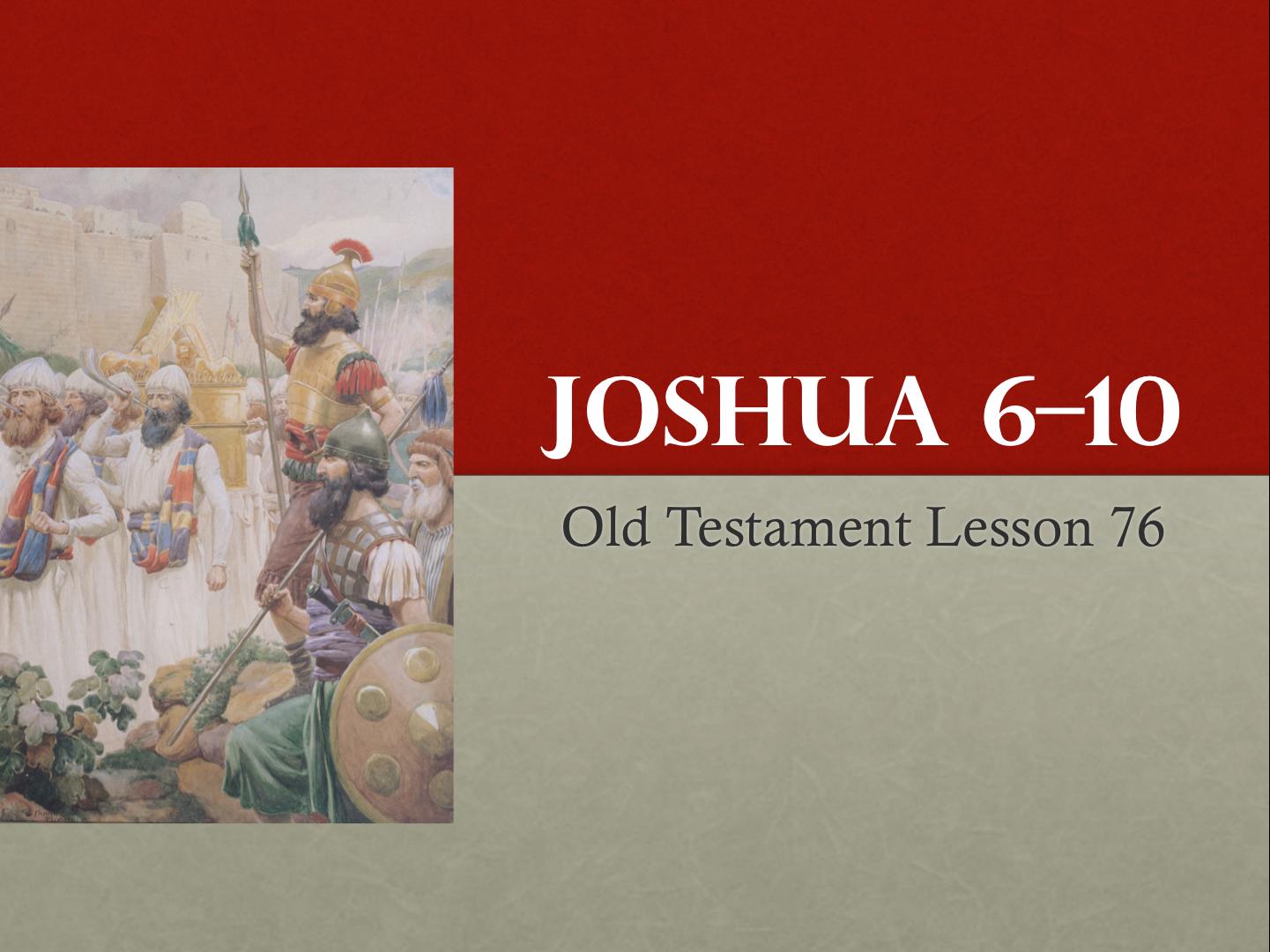 "After the Israelites crossed the Jordan River into the promised land, the Lord instructed them to destroy the city of Jericho. An Israelite named Achan took items from Jericho that were forbidden. As a result, the Israelites were defeated when they tried to destroy the city of Ai. After Achan was held accountable, the Lord again assisted Israel in battle." [Introduction from the lesson at churchofjesuschrist.org]