You are here: Home » Primary » Music » Primary vs. The Zonk - singing time fun

Primary vs The Zonk 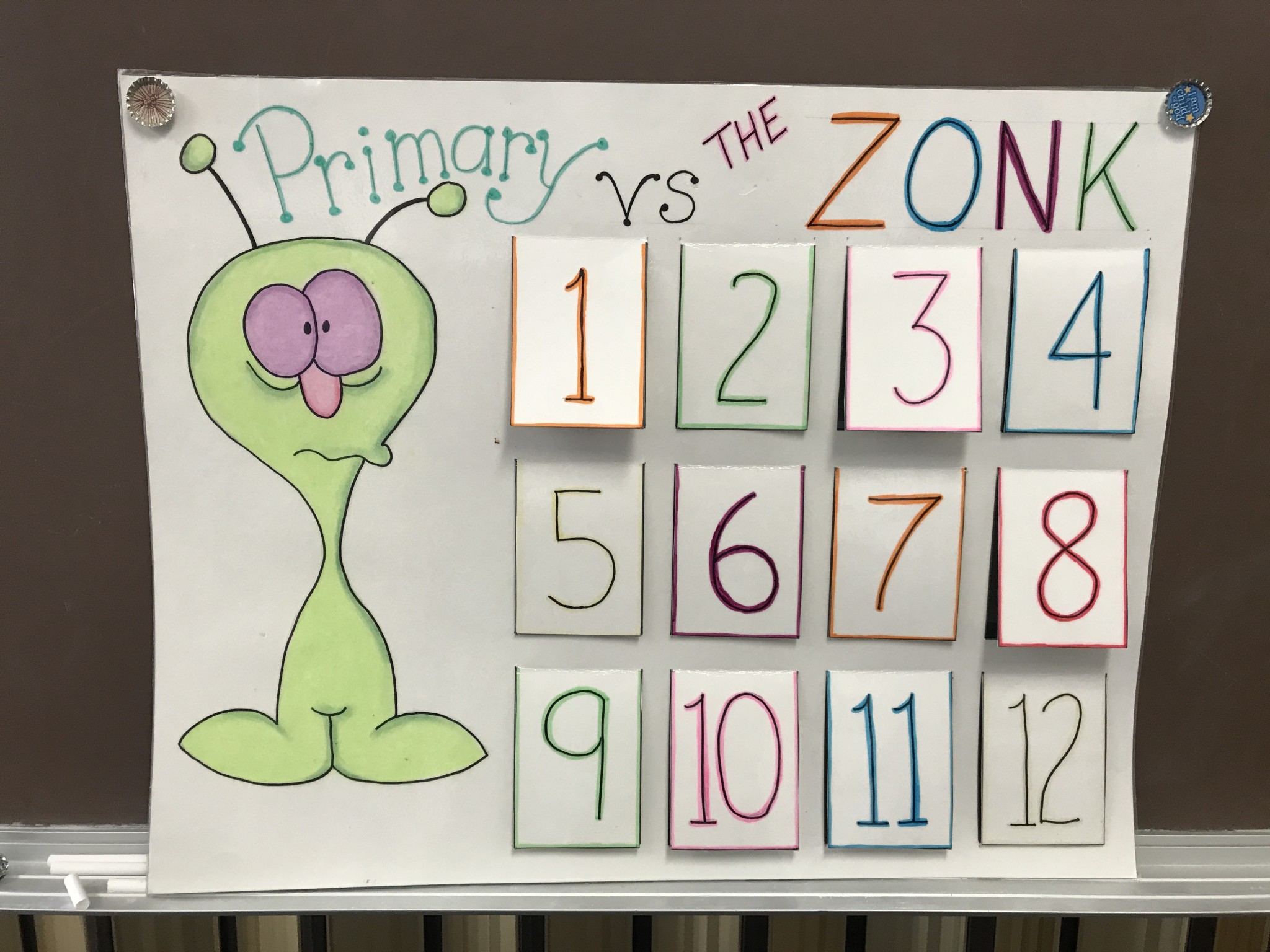 Our chorister used this cute poster during singing time on Sunday.  It definitely caught the attention of the children!

The poster had a black back poster board behind the white front. The little doors were cut so they open, and she put a magnet on the back of each little door and the whole thing stuck nicely to the chalkboard which is magnetic.

Everything was laminated so it could be reused.

Behind the doors a sticker with songs to sing were placed.  She wanted to include six songs and so she had the first six doors have a song title, which we would sing as a practice run through.

Children were chosen to open a door (1-6) and we would sing that song.

After all the first six doors had been opened, and the six songs practiced, the next six doors had fun ways of singing the songs, such as girls only, sit and stand, sending someone out of the room down the hall to see if we sang loud enough to be heard, and so forth.

THE ZONK was a little creature who was competing with the children.  She held it up to her ear, of course she was the only one who could hear the Zonk.  If the children sang better than the Zonk, she put a child's face cutout on that door, if the Zonk sang better, she put a little Zonk on the door.

It was really a cute game!